Finally its here! The time for which every democracy waits with bated breathe! When the errors of the previous choices are given a chance to be repeated! When history goes in for a makeover, and comes out just the same – apparently there is no way we can mess with imperfections! And that in short is what we call Elections!  When the people of the largest democracy will vote to power newer set of people with old agendas to mismanage the country’s administration (once again) for the next 4 years!

What has made the current election exciting is the fact that while the stage is being set at National level, Karnataka is all set to go in for its assembly elections in May and it certainly seems like there is a change in the air – both at the State and National levels.  For many, the results of Karnataka may seem a precursor to what may unfold at New Delhi. From the guys smoking at the street corner kaka-shop to the political pundits braying their throats out on various channels, from astrologers to tarot and parrot readers, everyone is busy predicting the outcome for various National and Regional parties as well as their satraps.

But there possibly hasn’t been a nadir that Indian political scenario had reached earlier, than when it is today!  The nation is at the brink of having to choose between the devil and the deep sea.  I wonder if ever there was such a dearth for leadership as what is facing the Indian democracy during the upcoming elections – both at Karnataka as well as National levels. 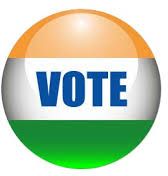 Too Many Cooks (Coalitions):  When the coalition government was initiated at the National level, it was heralded as a new dawn in the political sphere.  National parties could no longer claim majority, and they needed regional parties to support them – thus it was argued, the states would benefit and the concerns of the state administration would be addressed very well.  After two decades we are probably far from being anywhere close to that assumption.  A platform that was meant to be a launchpad for effective administration by a collaborative State and National involvement has been reduced to shambles with internal bickering and political gun trotting. Unfortunately, after the virus has spread, there is no way to quarantine it!  The National Parliament proceedings have been held hostage by several regional parties disrupting its functioning time and again.  While there is absolutely no need for such maneuverings, the elected representatives just don’t seem to know of any other method! The NDA as well as the UPA regimes have been held at point blank range by pesky partners who only proved to be the proverbial spanner to the wheel – TMC, AIADMK, DMK, SP, BSP and CPI(M) to quote a few examples.  Personal agenda and vendetta has always super ceded National interests.  A third front alternative is as good as the dead dodo, and even if forged would only add to the mayhem.  Unless there is a clear mandate given to one party, there would be no end to such chaos.  Unfortunately, there is none deserving of this attention currently.

The sole savior – Hero worshipping: The two major National parties are now giving us options to choose from! On one ‘hand’ we have a wet ear, and on the other we have a potty mouth! That the oldest National Party has steeped itself into a state of dynastic politics and dependency was a forgone conclusion.  But what is surprising is that they seem to have misplaced their commonsense along with it too!  They have clearly dug out a grave for themselves by positioning an absolute green horn such as Rahul Gandhi as a prime ministerial candidate.  A person who has barely taken any stand-worthy position (except during the Nuclear Non-proliferation treaty) is going to be handed the reins for running the country.  What is ironical with this move, is the fact that Congress has blatantly misjudged the call for change by the nation and neglected several well experienced, nuanced, and mature candidates who have a good track record.  Instead the change they want to give (in terms of representing younger generation) is to field a immature and inexperienced candidate to lead the Nation which they have now held  hostage with their sycophancy and immaturity.   Surely, running a country requires lot more than rhetoric and name! Unfortunately, recognizing this isn’t one of the strengths of Congress.

The BJP hasn’t turned out to be a real knight in the shining armor either!  In the past 4 years, BJP has come to resemble a party with absolutely no direction, let alone a leadership.  Every issue of National interest that they’ve tried to cash in on, has back fired implicating members of their own party.  Their (mis)administration in Karnataka has been fraught with internal bickering, scams, crime and volatility.  While this represented the failed leadership at the National level, it also gave an open ground for Narendra Modi to carve out for himself a niche despite his dubious records and questionable mannerisms.  For a person who has a panache for cheap-talk, it would be a scare to have him and his despotic attitude at the helm of National Affairs. I am not someone who says that there can be no redemption at all.  If Narendra Modi really admired Swami Vivekananda, he would’ve recognized that Swamiji was the epitome of leadership and that too of the concept (which has been wonderfully put forward by Asim Chaudhari) as Servant-leadership.  Servant-leadership is a model where the leader lays claim to the position by his attitude of ‘service’ and perception of himself being an eminent servant of the masses.  But then for Narendra Modi it symbolizes him being the master of slaves.  With sheer word power and hot air, while neglecting the core issues, he has positioned himself at a vantage point.  But clearly, empty words, and hot gas.. are just that!

Finger Pointing:  If one has to really find a field where every person is a criminal for everyone else, politics would 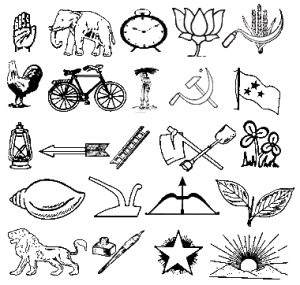 be the right starting point.  The reign of the UPA-2 regime if anything has been the most foolish in the recent decade.  In the wake of winning the mandate twice, they seemed to have let down their guard on several matters, and it rightfully boomeranged.  From ministers like Shinde who can barely watch their mouths (or should it be foot?!!) to a prime minister who inspite of being a remarkable statesman has sadly chosen to be a silent spectator, this was a rule that had ‘doom’ written all over it. With the exit of Pranab Mukherjee, things only got worse!  With scams after scams hitting the ruling coalition on their face, most of the critical administrative efforts were spent in dodging the attacks than attending to matters of prime importance – economy being one.  From a foreign policy that was miserable, to faltering on important issues of National significance like corruption, security and border control, the administration has depicted itself as being a lazy behemoth, that is a hopeless representation of the vibrant and young India that is now emerging.

What may have turned out to be a clear vantage point for BJP nevertheless fizzled out – thanks to its debacle in Karnataka and its own National Party President being embroiled in scams!  The pet peeve of Congress and other ‘secular’ parties has been the infamous riots of Gujrat, but it would be sane for Congress to also remember the riots that followed Smt. Indira Gandhi’s assassination.  In remark to this, Rajiv Gandhi had famously quipped – “When a huge tree falls, there is bound to be some disturbance!”.  This certainly is no absolution argument for Narendra Modi.  But alarmingly his remorseless attitude is no comfort either.  Not only supporting a person like Amit Shah, but the coolness with which his Government gave the go ahead for the maximum prosecution for his own ex-minister Ms. Kodnani, goes to show, how at the opportune moment, every person just turns out to be a pawn in the hands of those in power!  If Narendra Modi is serious about leading a country, he should first have an attitude of grace and gratitude.  Unfortunately, there is no leader in BJP other than Sri. Atal Behari Vajpayee, who had such self-respect and grandeur as to naturally elicit admiration and respect.  Instead of making personal remarks and vitriolic comments on a person’s character or personality, he’d do better to focus on issues of National interest than behave like a cheap low-class entertainer.  For a person who had got an earful on Raaj-dharam by none other than Atal Behari Vajpayee, Modi surely has learnt very less!

‘Secular’ are we?  The biggest debacle this election may lead to would be with the so called “secular” parties teaming up to keep another Right-wing party out of power.  Unless ofcourse the BJP gets a thundering mandate to shut everyone up! But in case of a hung verdict, it’d lead to all the so called “secular” parties coming together and retaining power.  Now, this idea of secularism  has a very weird connotation with respect to Indian politics.  The dictionary defines secular as something that does not belong to any particular religion or religious congregation.  In our context, it has turned out to be appeasement of certain sections of religion over the others.  The minority community appeasement has taken the form of secularism in Indian democracy.  And this has led to every party feeding like leeches either into the inherent mistrust or frustration of one community over another.  Leaders are elected based on the vote banks available from one community, governments are formed and elections are won based on boot licking either the leaders of the religious communities or their respective religious institutions.  Crores of rupees were given as funds or grants to religious institutions belonging to various communities by the BJP Government in Karnataka.  This is a disgusting precedent this government has set, to which every successor Government shall abide by, in order to stay in the good books of the religious king-makers.  Narendra Modi is only too happy to be fraternizing with the likes of Baba Ramdev who are worse than clowns with a pathetic sense of humor.  They are so serious about the crap they speak that, one cannot even consider them to be jokes!

Congress on the other hand, has been adept at using discreet strategies.  The way Salman Khurshid was seen tapping to the emotions of his community members was puke-worthy! It has long set a trend of calling for reservations without taking concrete steps to addressing the needs of providing qualitative education and empowerment to any of the communities.  And now they set their eyes on the premier institutions of India to carve out reservation seats.  To this circus we have the SP, BSP duo  and our occasional Mr. Lalu Prasad Yadav and his brigade who are amongst the low brow of politicians cashing in on ‘backward’ tags.  To talk about their goondagiri, hooliganism and corruption would require a separate blog by itself! What is strange is everyone seems to be turning a blind eye to one fact – true benefit for any community – majority or minority comes from development – educational, social, economic and environmental development of the region and in turn its residents.  Education, Housing, Food, affordable living – these are the basic tenets of life in any country.  And the BJP Government in Karnataka as well as the UPA regime in the center have both failed miserably on these aspects.

Whither from hither?!!! – The Great Indian Nautanki – Part 2.