A Note of thanks:  My first professional stint in India was with Cognizant Technology Solutions.  One of the most memorable aspects of CTS was Channel One- An online blogging forum.  It provided me the window of opportunity to interact with several of them, and thus forge some of the most precious connections that I cherish to this day.  After quitting CTS, I had almost given up on ever getting those posts back, till recently, my knight in shining armour – Ravi Bhagavatula (Or as I would like to dearly call him, the only worthy RCB) took the enormous effort of sending me the posts.  I shall forever be indebted for this gesture and I dedicate these series of posts that I am reproducing here, to Ravi.  I have ofcourse taken the liberty of editing some of them, having gained some more knowledge about the matters presented, but if not for Ravi, these may have never found a space here.

“Arrey O! Babu moshay….!” is an addressing that not many Indians are unfamiliar of. The movie is Anand. The director – Hrishikesh Mukherjee.

In an era of film making where a hotch potch of branded tag wears, phoren shooting, and 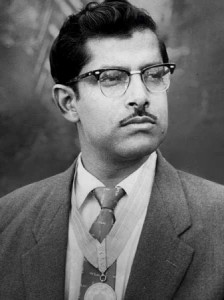 flashy numbers with the whole family dancing and prancing around in picture perfect sync is essential for a movie to be a blockbuster hit, one cannot but miss the simple, refreshing and rejuvenating movies that were churned out with magical perfection by the school of Hrishida. His movie was devoid of all the glitz and glamour, much closer to the common man and his life. They did not need complexly intertwined affairs of an ultra-modern, filthy-rich-guy-who-flies-home-in-helicopter-family, but captured the hearts of millions by focusing only on the simple psychology of the mundane man, whose only concern was to live a simple and satisfied life.

Be it Anand (played amazingly by Rajesh Khanna) or Ram Prasad (Amol Palekar in Golmaal) or Amit (Amitabh Bachan in Abhimaan), each of these characters were in turn a facet of human psychology! As gravely as he could direct the story of “Abhimaan“, so also, with the fervor of a jester, he wove – “Golmaal” that even to this day, has the viewer in splits. The influence of P G Wodehouse and Shakespearean comedies were rather evident in some of his movies. Nevertheless it had a characteristic Hrishida’s touch, that so ingeniously made them endearing to millions of his fans all over the nation. The havoc caused in a marriage by the ego of a person was superbly captured in “Abhimaan”, where the key roles were essayed by Amitabh Bachan and Jaya Bhaduri (who was incidentally brought to the filmdom by Hrishikesh Mukherjee himself through the movie Guddi). He deftly showcased the talents of the both the protagonists making it absolutely realistic. To this day, the silence of Jaya in the movie after having lost her new born, is heart wrenching.

“Anand” on the other hand was amongst the movies of the Millenium. Rarely has a movie been made that would melt even the most stone hearted person to tears, even after decades of its production. Tears well up in the eyes of any viewer as he watches Rajesh Khanna fight for his breathe, trying to snatch a few moments of life, so he can meet his Babu Moshay. The angst of Amitabh as the doctor desperately trying to save the life of a person, who was so much in love with life is unforgettable! It established his role as an actor par excellence in the Hindi filmdom. The story was infact written by Hrishikesh Mukherjee himself, associating the character of Anand with Mr. Raj Kapoor (who always addressed Hrishi da as Babu Moshay!).

Coming to some facts and figures,  Hrishikesh Mukherjee started his career as a camera man and went on to essay the roles of an editor, assistant director and eventually director. Trained under Bimal Roy, he had the opportunity to work on milestone movies such as Devdas, Do bigha Zameen, Madhumathi, etc, till he decided to venture out as a director from the movie Musafir which received a rather damp response. Not to be undone he unleashed Anari (casting Raj Kapoor and Nutan) which was a run away success, heralding the arrival of a master film maker. What followed was a plethora of box office hits including Sanjh Aur Savera(with Gurudutt), Anupama, Satyakam, Anand, Guddi, Buddha Mil Gaya, Bawarchi, Abhimaan, Mili, Chupke Chupke, Golmaal, Khoobsoorat, Jhoothi, Namak Haraam and finally Jhooth Bole Kauva Kaate.

He is credited with giving path breaking ventures and roles for the then upcoming actors thus helping them establish a foot hold in Bollywood for the years to come. Apart from introducing talents such as Jaya Bacchan, he groomed several others including Rajesh Khanna, Amitabh Bachan, Amol Palekar, and Rekha. He never adorned his actresses with flashy glitzes but showcased them in their true, natural, raw beauty, that instantly enamored the viewer. The stories were devoid of bloodshed, violence, and were never far fetched. He even directed a few TV serials, noteworthy among which is Talaash (it had casted Moushumi Chatterjee, bringing her back to the tinsel world after a long break) & Hum Hindustani.

The one feature that made me an all time fan of Hrishida was Music. All of his movies gave a huge prominence to music, even to the extent of having one of the main protagonists in them inclined towards music. And needless to say, songs from his movies have still sustained their magic even after decades of their making. To list but a few of ‘em:

The list is as the cliche would go, endless, and I could go on and on about the songs and his direction, and the stories of the movies. Hrishikesh Mukherjee was awarded with the much deserved Dadasaheb Phalke Award, in 1999. After setting a niche for himself, one that shall remain unsurpassed by anyone, he passed away in the year 2006.

Leave a Reply to Your Highness Cancel reply