The Journalism of Sham(e): TV9 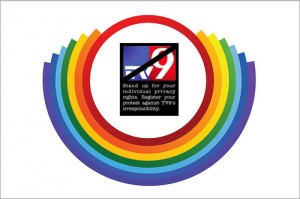 ﻿﻿“Media is a word that has come to mean bad journalism” said Graham Greene. With due apologies to the noted author and a journalist himself, I would like to quote that TV-9 has come to mean bad journalism. It is irrefutable that television holds the center stage when it comes to the household media. Amongst the visual media, it has been the reigning star for several decades now, nay centuries too! Needless to say, the scope of this media to perpetuate revolutions to genocides has been explored by mankind all through the years since its invention.

On the other hand journalism as a concept has always been amongst the torchbearers of the community. Journalists were heralded as fearless warriors of the “pen-is-mightier-than-sword” brigade. They wrote to expose the hidden muck of the society, as well as the glory of its achievements. They maintained the dispassionate and objective outlook of any given situation and were to provide the two faces of any coin being tossed about. The spread of journalism through print, visual and as well as audio mediums was but a matter of foregone fact. There were many who lost their lives exposing the corruption bereft in every social class of every nation. They have mothered social revolutions as well as watched helplessly the oppression of times. But even the lighthouse of an impartial ideology has today fallen to crumbles at the onslaught of commercial money mongering and sensationalist trend that has gripped the world around. One need only watch the plethora of news channels strewn around on the broadcast waves to understand how deluded the razzle-dazzle of moolah has left them to be. Each news channel claims to provide breaking news that is flashed all day across the screen numbing the mind of the viewer, or flaring his emotions blinding his senses and hypnotizing him into mindless provocation and make him react accordingly.

Of the many channels littered around, TV 9 seems to have set the nadir for unsubstantial and pedestrian journalism and reporting. Just when I look at the presentation of their crew, the coverage of the news and the caliber of the programs and resign to the fact that they couldn’t steep any lower, they always surprise me by sinking even low! The specific case in point that I want to make about is the Homophobic news that was telecast on their channel in february. Not only the report, but the entire gimmick of coverage that was provided was abysmal and of poor taste – not to mention a violation of the right to privacy. Paparazzi were the hounds that usually went after celebrities. But welcome to the age of neo-journalism, where every commoner’s life has become a slot machine to be probed by investing in cents and reaping sacks of coins out of it. You never know what story you may come across, and with just the right mix of “masala”, you’ll create an aroma, that’ll fill the coffers of the suited guys, before they could say “CUT & PRINT”! The gist of the report I am ranting against was that the gay community was corrupting the moral fabric of the society. They even went on to pull out some profiles from a dating portal, called up the members and indulged in the usual “date” talk. But alas! It was more like a pick-up talk with the whores on the sidewalk. The guys, unmindful of the actual plot, were discussing their personal details only to be telecast across the state. The channel, I guess were glad that they gained some TRP points?! What shall we be having come up on the screen next?! Maybe, our bedrooms?! (Oh wait, but that is already being showcased! Thanks to Big brother!)

The reporter begins with a crass remark that it is “natural” for a guy to go behind a girl and then talks about the unnaturalness of a guy being with a guy. For this reporter, apparently who has done a great amount of investigation into the dating portal (clearly for want of anything better to do with her sorry existence), the majority of users there appear to be software engineers and students who apparently have “fallen prey” to homosexuality. She continues to render her rhetoric, and talks of how fashion, and communication skills are used to attract other gay guys. And soon after, she resorts to one of the cheapest gimmicks of posing as someone seeking to date, and solicits information that is broadcast on the TV. This is the breaking sensational news they want to feed a country that is grappling with corruption, inflation, religious intolerance, energy & environmental crisis. Sure there are women being raped, children being abused, young girls wedded and sold off to brothels, but that has nothing to do with the morality of the nation. In a country where a cabinet minister can siphon off 3,000 crores as bribe and the parties resort to blackmailing to keep their clout and money intact, LGBT community is what is loosening the moral fabric! It’s natural for a guy to go after a girl, and hence we can tolerate the sexual abuse meted out to women in work places, in public places and even homes. Trafficking, blackmailing and other factors that were raised have existed ubiquitously around the world, even in the so called “natural” aspect of a woman-man relationship. And yet, the basic human attribute of exploitation suddenly seems rooted only in the gay community. Gays are depicted basically as people who crave for money, or for carnal pleasure, or have been trapped in an unnatural and anti-social life style.
Having fantastic friends from this community, the one thing I can vouch for openly is that this reporter and the report both seem half-baked and impulsive presentation of an inciting nature done mostly to sensationalize needlessly. There are many gay couples who are committed to one another as much as any heterosexual marital relationship. And at the same time, clandestine affairs are as much prevalent in heterosexual relations as in homosexual if not more. I am not in so saying, commending any of these ill behaviors. Black mailing, exploitation, cheating, bigotry and infidelity are condemnable no matter where and between who these exist. Every aspect that the reporter presented and brought up in the program is not something that is exclusive for the gay community. It is prevalent everywhere cutting across the boundaries of age, sex, religion or country. To single out one community based on their sexuality is a crime against the constitution and the rights provided by it. But then, most of the programs that are aired on this channel are immature and their content raw. I have seldom found a constructive matter being discussed, and hence this rant against homosexuality doesn’t surprise me. But nevertheless, to sideline this would mean that we’ve become impervious to the impact of the media. This in itself is a dangerous trend. Rightfully so because, the media still holds enough power to influence the masses, especially of those who do not use their personal analytical abilities to review the matter presented. Unfortunately they present the larger section of the community. Hence, it is imperative to make the media realize that such biased and prejudiced reports would only degenerate the society and fuel hatred that is both unjustified and harmful to its own sustenance. Unless the crass mentality of mindless sensationalizing is given up for constructive, creative and unbiased reporting, our nation cannot expect to have well aware citizens.

Would TV9 make any effort in this direction? Given the fact that they have been convicted of breaching the privacy and making a biased report, TV 9 has had to apologize for its prank. In a country and a society that makes more ruckuses about Gandhiji’s sexuality and politicians ban books, while rampantly following every form of corruption and criminal conspiracies that he abhorred, expecting a liberal and open minded acceptance of alternate sexuality is a far cry. But hope springs eternal…..﻿﻿