Hitting a Century and a Tag!!

Vain Affairs Of An Egotistical Mind!

Far upon the lush green mountains with their peaks covered with snow, and their valleys bereft with flowers and meadows, a river is born. Its crystal clear waters shining in the morning sun, reflecting with equal aplomb the dazzling rays and dancing its way through the cavernous depths of the mountain, it carves its way towards a chasm that seems to draw the river to itself.
Wild with gay abandon, the river fills the forests and valleys with its playful batter echoing into the hearts of the environment. Its laughter beckoning the creatures of nature to itself, in a wild amazement! “This must be the idea of a paradise”, the river thought.
It descended the mountains into the plains, still carving its way, now in puzzlement over the changing scenes. Before long came man! “Oh! Look at the crystal clear water” he said! And in that he saw his own grotesque form! He feared what the river showed, and in fear he cowered! “The river is the redeemer, it showeth to me my follies, and in it shall I forsake ’em and make myself pure” he thought! In feigned veneration, he dipped himself into the river, and cast his murk into it. The nature of the river was to wash away, and so it did. “I am redeemed of my sins, and ugliness! Now I can get as dirty as I want to, the river is here to clean me!” the man rejoiced, and before long brought others to the river. The river washed them all, hiding their filth in its depths! The river was taken for granted. Man learnt to defile the river with his filth! “It washes it all away!” he assumed. The river carried it along the flow! All along the path, men cast more murk into its darkening waters! The friends of the river, the fishes and the creatures of the water, soon abandoned it, or died within.
“It is in the nature of the river to help us!”, so man thought. And in thinking so, they checked its flow, diverted its path, exploited the river. The river was choked with bewilderment, sadness and grief. “Let us trace the river to its origin!” claimed the Man. And followed its course to up the mountains! The trees of the forests were cut, the animals killed! Their bodies strewn into the flow, the river bore witness. In silence the river wept, the tears washed away by its own waters! Nature held the river a traitor, the sun shined with disgust, scorching its waters. As the river lost its water, the hidden filth of the man shown! 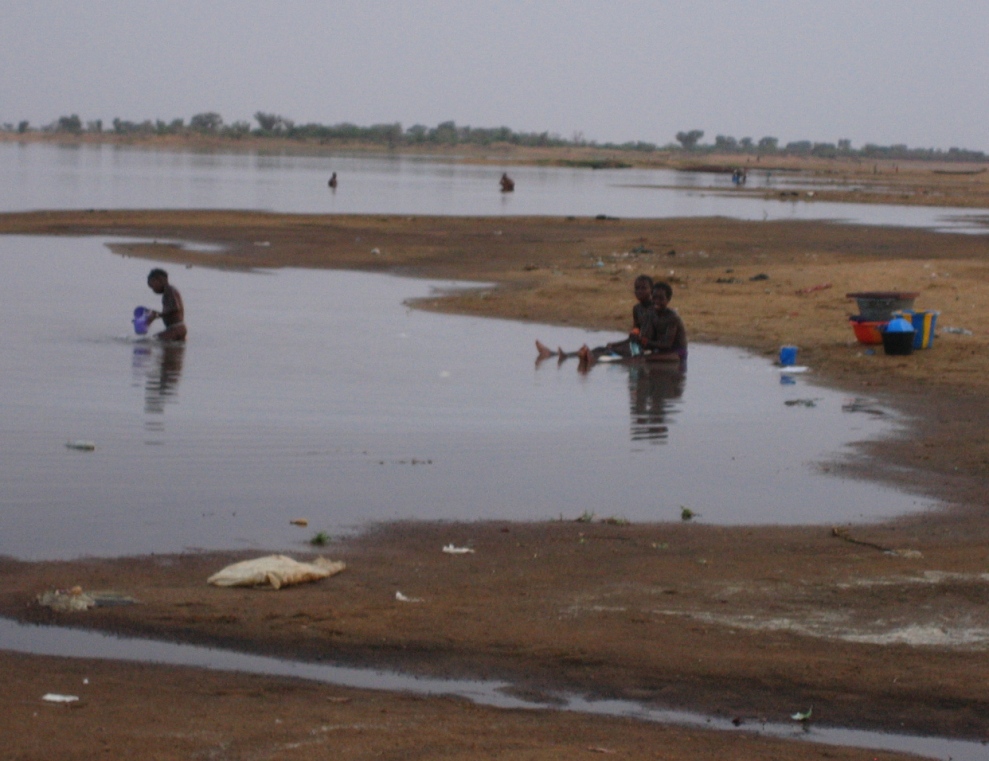 And the man was scared… scared that his dirt shall now be exposed! And in despair, his cunning showed! “Oh Look Hither!” he cried, “the river is filthy! There in its depths lies its own putrid filth! Oh what a swindle this turned out to be!” He refused to see his filth and attributed it to the river. “The river spreads diseases, shunned it must be! And so did no animal, or bird or man ever approach the river! Lonely and abandoned the river continued to carve its way, in desperate search for its never ending chasm.
Before long, nature smiled again, and it rained, and snowed, and the river was fresh. Along came a water fowl, the most beautiful that the river had ever seen. A very colorful fowl with rich feathers and graceful body. The river smiled at the bird, and the bird smiled back. “Would you like to dwell on me?” The river asked with delight! It felt the life returning to its waters… “Oh I’d love to!” said the water fowl. “Would you be with me, for this journey?” the river asked. “So I shall!” it replied. And they travelled long distances, till one day, another bird landed next to the water fowl. “The river hides filth in its depths!” said the bird. “Do not trust the river for its cunning and a cheat! The men were talking so” said the bird.

That night the fowl spoke to the river. “How can I trust you? You are a river! The bird is one of mine!” the fowl said to the river. The river smiled in silent grief. “Fly my dear”, it said “and stay happy wherever you are”. The bird flew off. Stricken with grief more severe, the river flowed in silent mourning. In silence it lamented at how ghastly and vicious it had become. “I am a monster”, it thought to itself.