Melodies from the Bhatt clan!!

Rustling up some Russell! 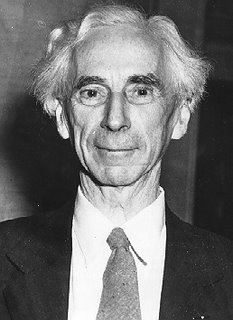 “Great spirits have always encountered violent opposition from mediocre minds. The mediocre mind is incapable of understanding the man who refuses to bow blindly to conventional prejudices and chooses instead to express his opinions courageously and honestly.”
–Albert Einstein in a letter to Morris Raphael Cohen, professor emeritus of philosophy at the College of the City of New York, defending the controversial appointment of Bertrand Russell to a teaching position, dated March 19, 1940.
It seemed quite justifiable that I start this blog with a quote by Einstein on Bertrand Russell, for it was he, who introduced me to him! Weird as it may seem, I had taken profound interest in Quantum physics and found Einstein a divus in this land! In his book “Ideas and Opinions”, he spoke with extreme veneration on Bertrand Russell. What really drove me to him nevertheless, was an excerpt from his book mentioned by good ol’ Alby, in his essay. The excerpt was from a book by Russell – “An Inquiry into Meaning and Truth”. Now mind you, me and my imbecile brain were both at a Pre-University level, and to tell you the truth, could garner abysmally minimal amount of what Bertrand had penned. I have indeed come a long way since then, with my mediocrity, and yes, he still holds me in awe! A change being that now, much like a slow learner, I have begun to understand the simple matters, intricately woven in his verbal maze!
Bertrand Russell is ruthless in his presentation of matters, and seldom tries to simplify his thoughts! I have found him unrelenting in his expression of his ideas and views, which bludgeons the principles he speaks of, and holds the reader in rapt attention (whether he understands it or not is a different issue altogether). There are some simple books that one may want to start with –

On the hindsight, the role of Russell’s writings in giving newer aspects to my thought, would perhaps be augmented, if I had the capability to understand his line of philosophy. In whatever small manner he has imprinted his ideas on me, has certainly changed my perspective on many things. Yet, to wholly understand Russell, would be a challenge worth taking, and would make me very proud if I would be able to do it sometime, before long! Welches Sagen Sie Sir?