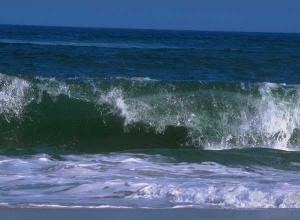 I don’t know whether it is because of the fact that I have the Piscean traits, or that I was always near some huge water source eversince childhood, Oceans, Rivers, and large lakes seem to fascinate me, almost as does the vast expanse of sky! One thing that is common between the two, its the color Blue!!
I have always looked the the vast expanse of water and marvelled at it! There is something strangely magnetic and wonderful about the fact that such a huge amount of water could accumulate in one place, and did not leave the perimeter again! (Well almost…)
The crystal clear blue expanse, the waves endlessly splashing on the banks, the sand on the sea shores, small conch shells, sea shells, and above all the deep murmur of the vast sea carried over to us by the swift wind, as if the waters are whispering to us the secrets of the past that it has been witness to, with a child like zealousness.
Indeed the oceans have been witness to the beginning of life forms, civilizations, wars, growth and development, and destruction too (sometimes they themselves being the cause!). To this day, I just have to close my eyes and my mind loses itself on the ocean, swiftly carried off by its currents to lands never seen by human eyes!
The Sun rise and Sun set – two of the celestial events that the sea/ocean has a role in! Words fail to describe the beauty abundant in these phenomenon!
All said and done, in the end, all the mind craves for is the same banks to walk upon, the same whispers echoing in my ears… endlessly sharing its many secrets… my dearest friend… my Big Old Blue!